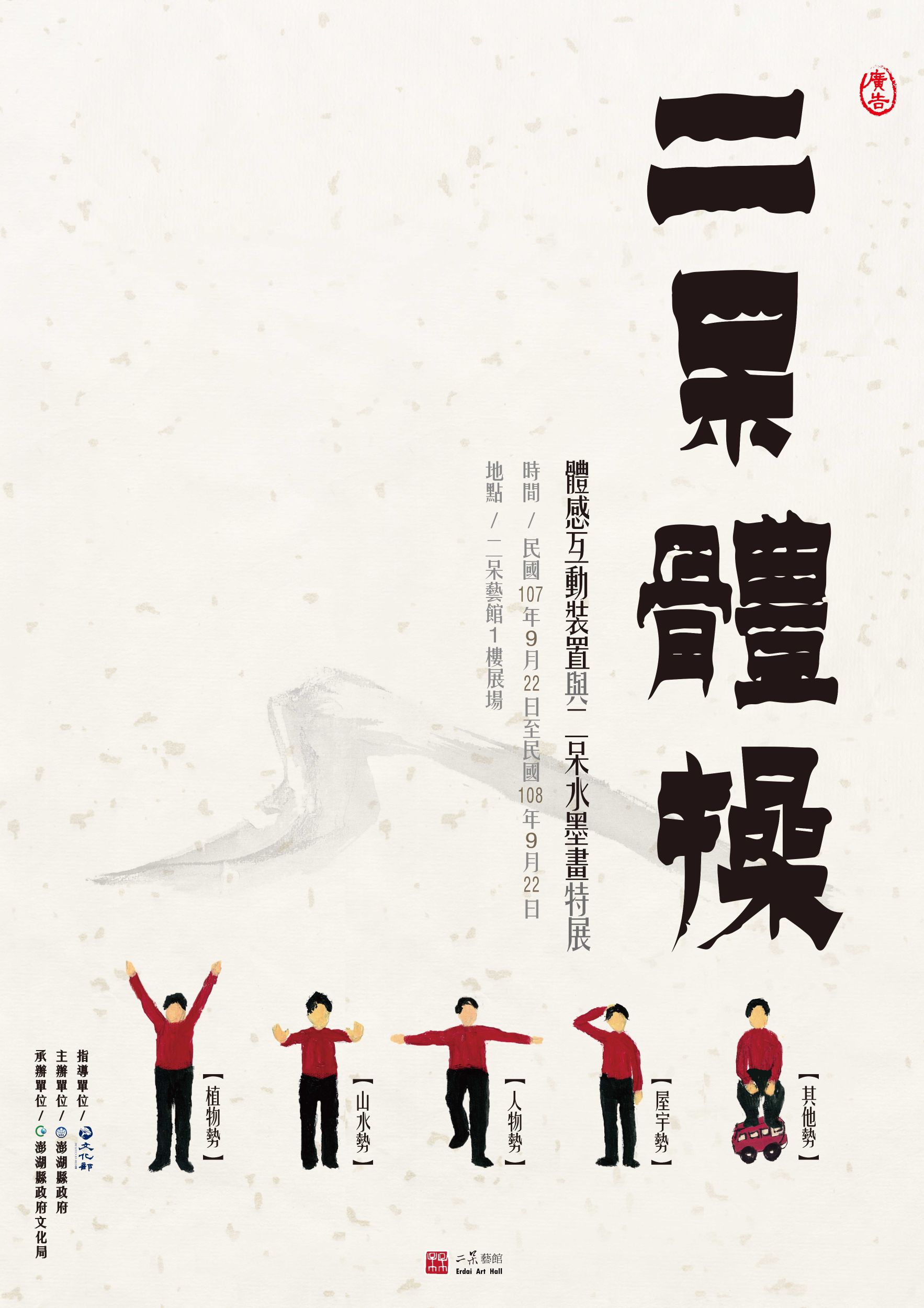 Neo-Daoist Zongbing, from the Northern and Southern Dynasties, once mentioned in his Preface to Mountain and Water Painting the philosophy of all things perceived by a man who could not travel due to his old age and ailments. The man decided to hang mountain and water paintings on his walls, or simply took a brush and painted on his walls, then enjoyed watching his paintings by lying in bed. It made the man feel as if he actually traveled to those places. This is known as “travel in bed”, a concept that allows paintings to escape from utilitarianism and enter the realm of spiritual enlightenment. This inspired many literati in the later generations to express their aspirations through ink paintings.
In the world of Chinese literati, “ink paintings” are not only seen as a pastime hobby, but also has the effect of artistic treatment. However, students and the general public nowadays seem to be distanced from ink paintings or do not know how to appreciate them. That is why in this exhibition, we wish the visitors can understand the “travel in bed” philosophy prevalent in Chinese traditional paintings by pretending their bodies as brushes, and enjoy the fun of mountain and water layout through technology.

Descriptions on the themes of exhibition

Five themes are chosen from the works of the late Chao, Tong-He (also known as Chao, Erdai), which are: “Embellishment Characters”, “Mountain and Water”, “Architecture”, “Plants”, and “Others”.

Ever since Song Dynasty, mountain and water became the main theme of Chinese paintings, and “people” became mere embellishments, or also known as “embellishment characters”. These characters not only reveal the realities of Mother Nature or daily livings, but are also reflection of the painter’s own views on life, his/her worldview, and the ideals he/she was pursuing. Most of the embellishment characters in Erdai’s paintings are reflections of Erdai himself, whom are painted with strokes of realism and non-contouring techniques, showing images of walking, punting, fishing, and sitting.

“Architecture” was listed in Chang, Yan-Yuan’s (from Tang Dynasty) book, Famous Paintings from Previous Dynasties, as a painting subject on its own. The later generations in China gave a particular name for paintings that mostly depict architectures, called “Jiehua (ruler painting)”. It was named so thanks to the painting tool adopted by architecture painters in Song Dynasty— Jiechi, or old-time ruler. From Erdai’s paintings, we do not see architectures being painted with precision and ample of space, which are required according to traditional Jiehua standards; rather, Erdai focused on allowing his architectures become identifiable and quaint.

In Chang, Yan-Yuan’s (from Tang Dynasty) book, Famous Paintings from Previous Dynasties, he categorized six subjects of Chinese paintings, which are characters (people), architecture, mountain and water, saddled horses, ghosts and gods, and flowers and birds. The category of flowers and birds includes motifs of “flowers”, “birds”, “melons and fruits”, “bugs”, “fish”, and “birds and animals”. In this exhibition, plants and animals are treated as separate topics due to the number of Erdai’s paintings on such subjects.

Traditionally, “qiyun”(aesthetical beauty and vibe) is used as a judging criterion against all paintings to determine whether a painting is good or bad. At the beginning, the criterion only applied to portraits or paintings with human characters and focused on the emotions rather than appearances. Later on, the criterion was extended to be applied to not only characters but also flowers, birds, mountains, and waters. Ever since Jinghao (of the Five Dynasties and Ten Kingdoms) the painter, qiyun became ever more emphasized in brush strokes and visual effects. It is rare to see Erdai employing simply contouring technique, but instead non-contouring or simple stroke techniques to express the liveliness of all things. He not only chose nature as subjects of his works, but also included things such as utility pole, cars, and steam boats as subjects. 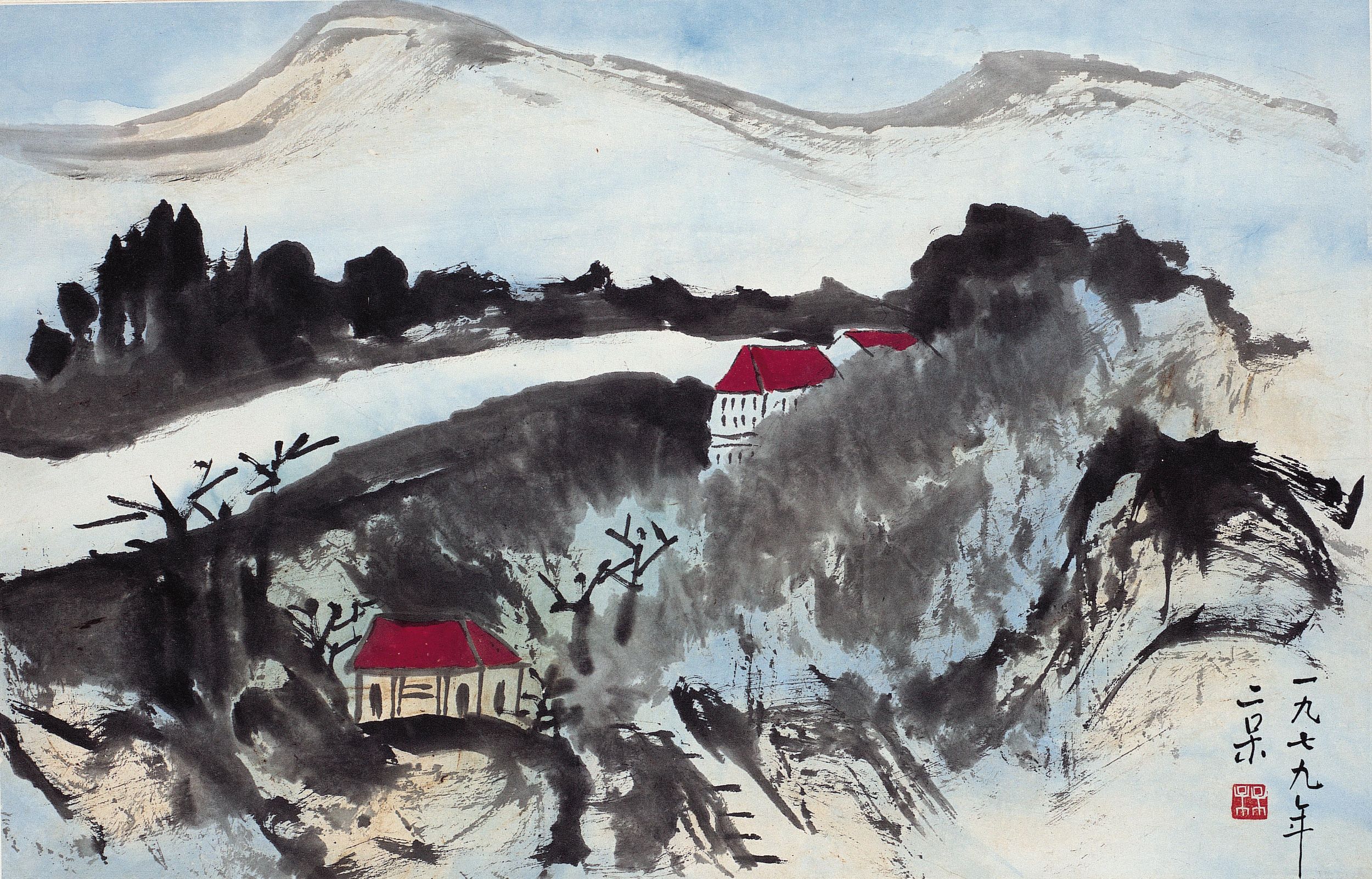