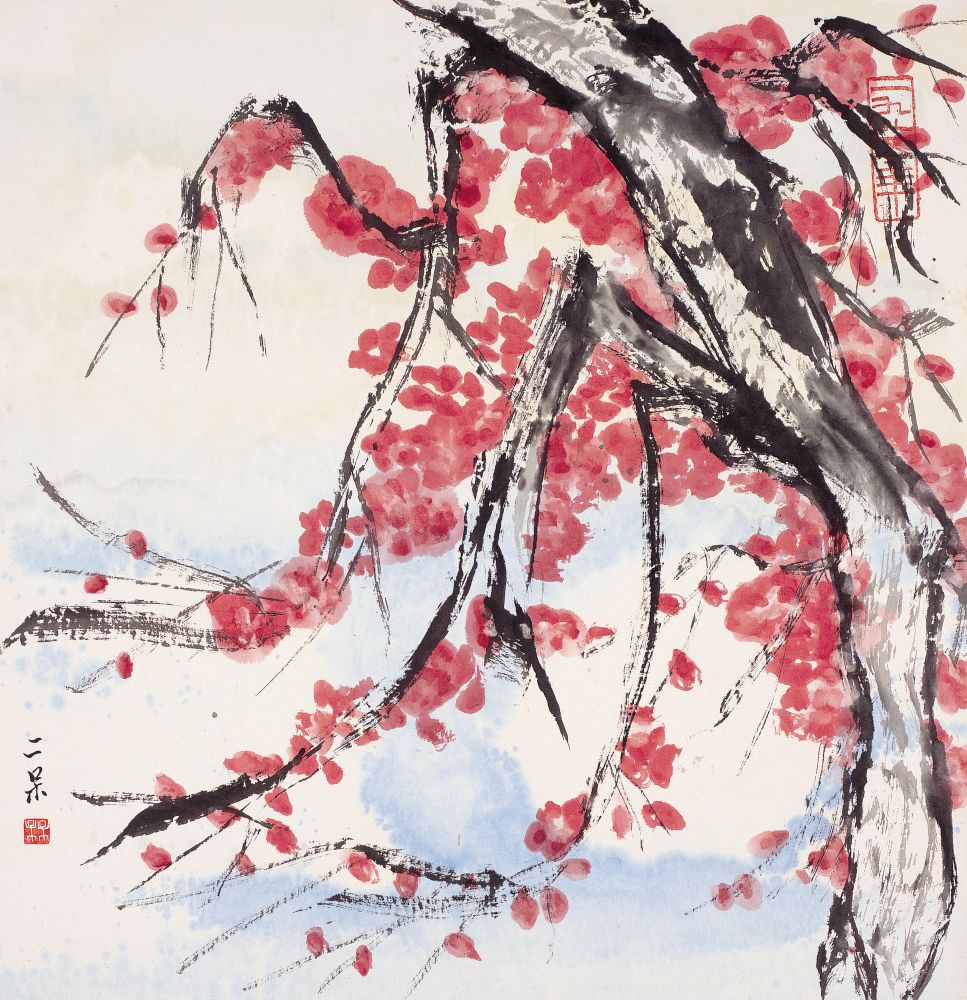 On February 13, 1995, Zhao Tong-he died at Erdai Art Hall in Penghu. On the 20th anniversary of his death this year, the theme of the special exhibition will be "plum blossoms" – the Chinese character from which his nickname "Erdai" derives. The theme will then be extended to the ideal paradise he had in mind.
The sentence "Coming is occasional, leaving is inevitable" inscribed on the wall at the back door of Erdai Art Hall can be regarded as Zhao Tong-he’s philosophy of life. It corresponds to the poem "Traveling into the World on Occasion" on the other side. The word "occasional" implies the meanings of "I," "once in a while," "sometimes," and "cycle of rebirth." The theme explains the past, present, and future of the artist and Erdai Art Hall.Zhao Tong-he, born into a noble family, had served in the government before and after coming to Taiwan. Although seemingly having a promising political career, he reflected upon the operation of the public service system before retiring early at the age of 55. His aloofness to the world is presented in his poems and other works, sometimes being open-minded, and sometimes being proud and independent.

Zhao Tong-he was born in Jiangsu in 1917. In "Poet and Painter Zhao Erdai," Yao Meng-gu explains the nickname Erdai well: "Zhao was born in early    spring, coinciding with the blossoming of the plums. The ancient Chinese character for plum blossom is "mei" (which contains a double "dai" character in  it), while he is the second oldest sibling in his family. Moreover, he was quite silly when he was little. Therefore, he called himself Erdai. It was said that he would look dumb at social occasions, but was obsessed with poetry and arts. He was so absorbed in arts that he seemed like a silly  man." (Chung-Wai Literary Monthly 180 (June 1971).Sometimes Zhao Tong-e signed the name "Erdai" in his works and sometimes "mei" (double “dais”), both of which were symbols of his deprecation of  himself and his times. 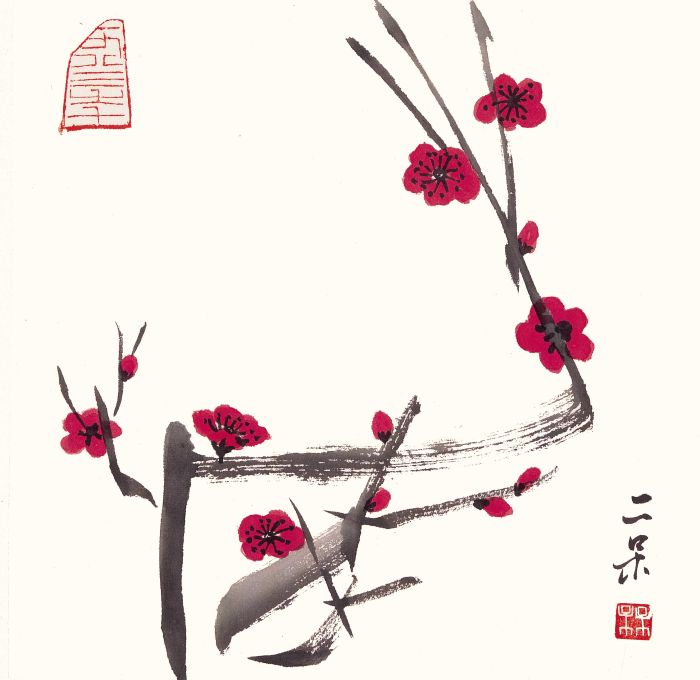 Through the refinement of culture for thousands of years, plum blossoms transformed from a topic of literature and painting into a Chinese cultural value. The earliest work about plum blossoms is "Biao You Mei, The Odes of Shao and the South, Lessons from the States," Shi Jing (Classic of Poetry): this poem describes the fruit instead of the blossom, but it sets up the trends of the meanings of plum blossoms in later generations by signifying women’s proper age of marriage with plums. In the Southern Dynasties, large numbers of literary works celebrated people’s appreciation for plum blossoms. It is noteworthy that "Ode  to Plum Blossoms" written by Emperor Jianwen of Liang Xiao Gang (503-511) first describes the style of plum blossoms and then a woman pitying herself   while appreciating the blossoms. The association between plum blossoms and the beauty established new painting topics for later generations. In the Song Dynasties, especially in the Southern Song, the position of plum blossoms in the intellectuals’ mind had been ascertained. "Little Plum Blossom of Hill Garden" written by Lin Bu (967-1028) during the Northern Song points out that plum blossoms are as aloof as "I." When all the other flowers wither, plum blossoms still stand alone. The vivid image described in this work: "Their scattered shadows fall lightly on clear water,/their subtle scent pervades the   moonlit dusk" would be converted into artistic works in the future.Because the history, geographical location, and social milieu of the Southern Song were similar to those in the Six Dynasties, the culture of plum blossom appreciation rose to a peak. Fan Cheng-da (1126-1193)’s Fan Cun Mei Pu was the first book specifically on plums, recording varieties of plum trees. The preface points out the important status of plum blossoms in the Southern Song by referring to plum blossoms as "the most wonderful things in the world, an opinion agreed by the intellectual, the noble, the dumb, and the unworthy alike. Those who learn gardening shall plant as many plum blossoms as possible." In the Post Script, Fan seems to determine the style of plum blossom painting for the later generations by indicating that "plum blossoms distinguish themselves with their noble styles, so those with old, thin, and oblique branches are better."
瀏覽人次：2865 人
更新日期：2018-02-02